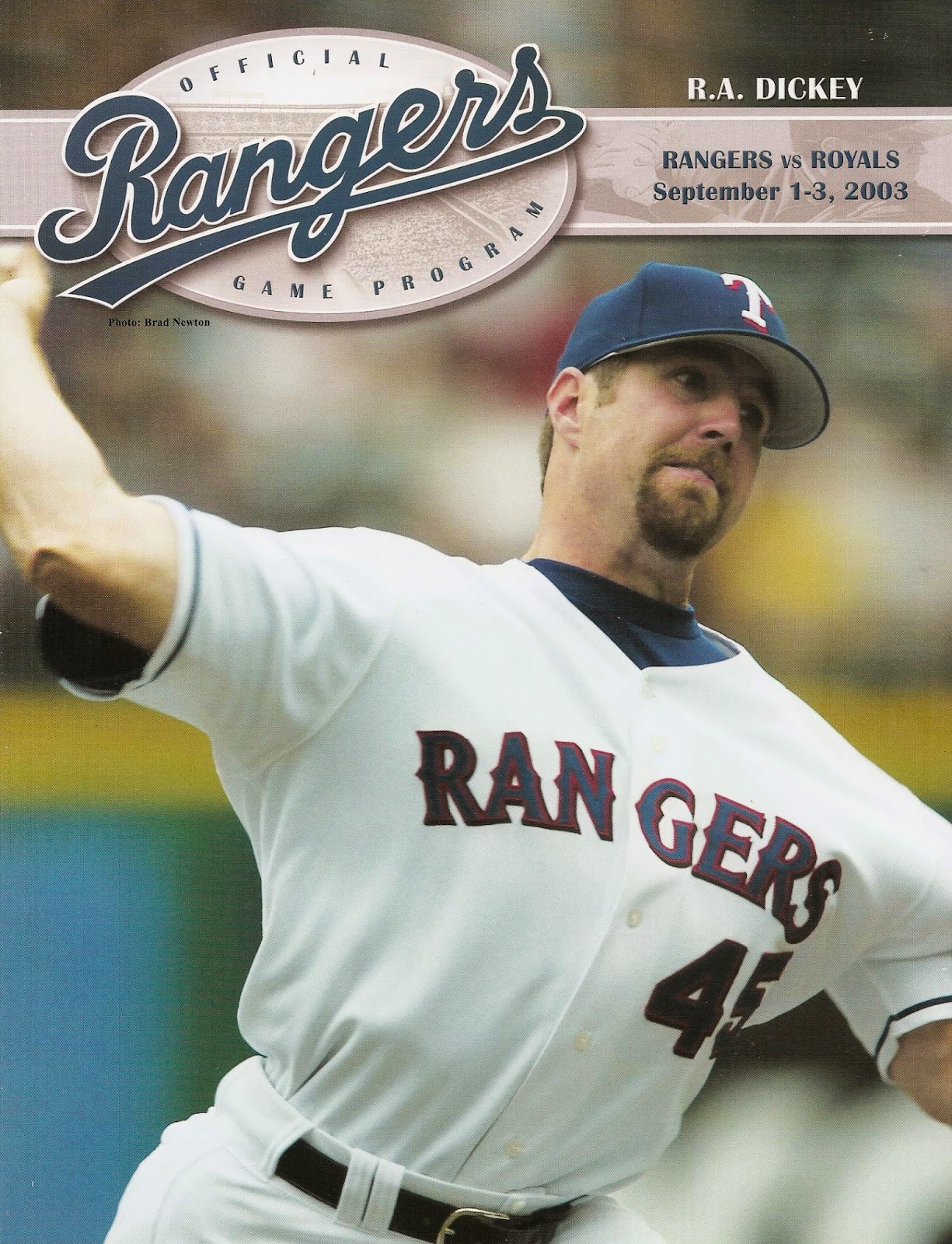 So I was gone most of last Monday. Returned home just before midnight. As I was helping get sleeping kiddos out of the car Mrs. Spiff told me there was a box on the front porch. Hmm, I hadn't ordered anything. All the Christmas gifts arrived already. Mrs. Spiff told me the box didn't look like it had been shipped. I squinted in the dark. "Spiff" it said in black sharpie.

Kids in, I hauled the box in and examined it. It was heavy and was closed by the flaps being folded together. No indication on the outside who it was from.

Opened it up to find a note from Tom over at The Angels, In order. The note said Tom needed more room for his Angels stuff and thought I might like the contents of the box rather than him throwing them out. Boy did I ever!

Under the note was a stack of Rangers awesomeness. A pin, a wall banner from the Junior Rangers Club (Just like Spiff Jr's!), a media guide, assorted stadium handouts, two decks of Rangers playing cards, and 26 assorted magazines, programs, and Rangers yearbooks! I about fell over. What a great surprise!

I know I didn't have most of the contents of the box. This program from September 1-3, 2003 was one of many items I didn't have. There were even doubles of a couple of programs. You might think that is a bummer. Spiff Jr didn't. He thought Christmas came early when I handed the extras to him and told him they were his. The boy had to be pried away from reading them to take a shower and get to bed.

Tom's note said I shouldn't feel under any obligation to keep the contents of the box. I don't but I will. I haven't made it all the way through the box but I haven't found anything that will be getting tossed. Thanks a ton, Tom. There's no way to thank you enough so that will have to do for now.
Posted by Spiff at 11:10 AM