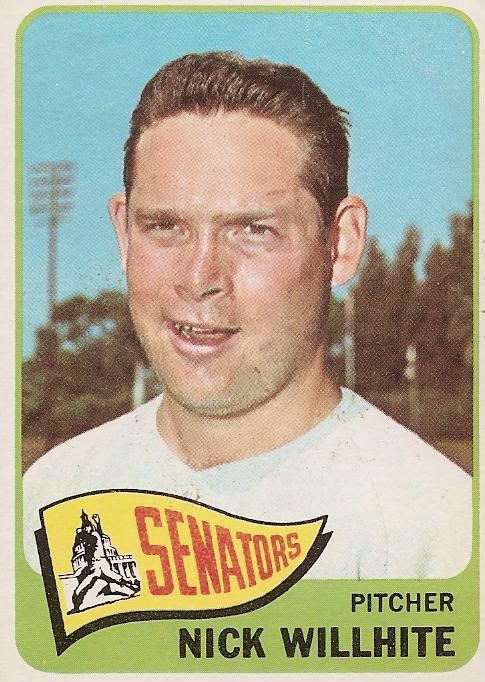 Nick Willhite, shown here on card #284 of the 1965 Topps set, was still somewhat of an unknown factor when he came to the Senators. Willhite arrived in Washington on October 15, 1964 after the Senators purchased his contract from the Dodgers. Nick had spent parts of the 1963 and 1964 seasons with Los Angeles but had yet to spend an entire season in the Bigs.

By early May Willhite had appeared in five games and pitched 6.1 innings for Washington. His ERA was a terrible 7.11 and his WHIP 2.211. Both were much higher than anything he posted with L.A.

Apparently the Senators decided Willhite was not adjusting well to the American League. The Dodgers agreed to buy Nick's contract back on May 11, 1965. Off he went to the west coast and the National League where he promptly dropped both his ERA and WHIP. The Nick Willhite experiment in Washington was over almost before it began.
Posted by Spiff at 11:14 AM