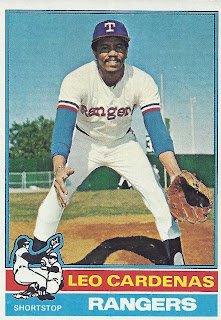 Apparently he wasn't able to improve enough at the plate during Spring Training in 1976. The Rangers released him on March 24th. He was unable to catch on with another team. After 16 Major League seasons, Mr. Automatic's career was over.
Posted by Spiff at 8:55 PM 8 comments: 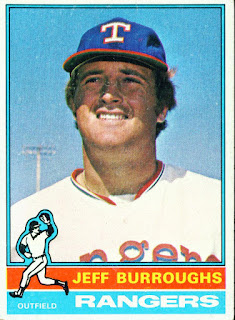 All in all Jeff was still a long way from his MVP form. Texas desperately needed him to get back to it. In spite of his low numbers he was still one of the main power threats in the lineup for the Rangers. That meant they needed to do something. Trades were on the horizon and Jeff Burroughs was on the block.
Posted by Spiff at 2:12 PM No comments: