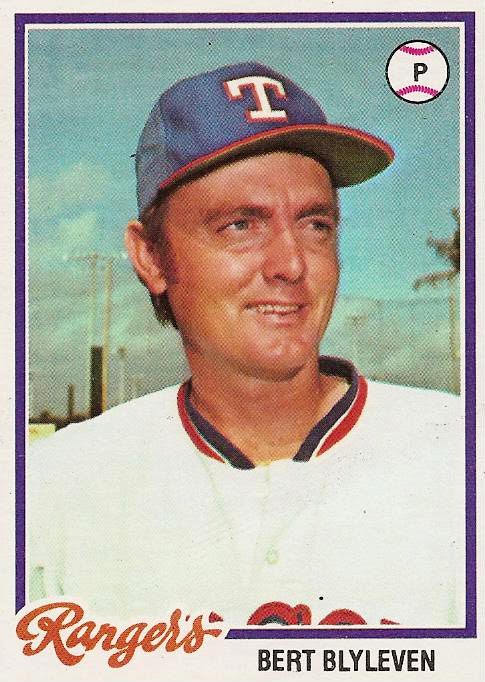 Bert Blyleven, shown here on card 131 of the 1978 Topps set, had a great season in 1977, including a no-hitter on September 22nd against the California Angels. That didn't mean he was a lock for the Rangers pitching staff in 1978.

On December 8, 1977 the Rangers pulled off a four team trade involving the Mets, Pirates, and Braves. As part of the deal Texas sent Bert to Pittsburgh; Tommy Boggs, Adrian Devine, and Eddie Miller to the Braves; and Tom Grieve and Ken Henderson to the Mets. In return the Rangers got Nelson Norman and Al Oliver from the Pirates and Jon Matlack from the Mets.

After just two years Bert Blyleven's time in Texas was at an end. He would go on to pitch in the Major Leagues for another 15 seasons with four more teams.
Posted by Spiff at 11:17 AM