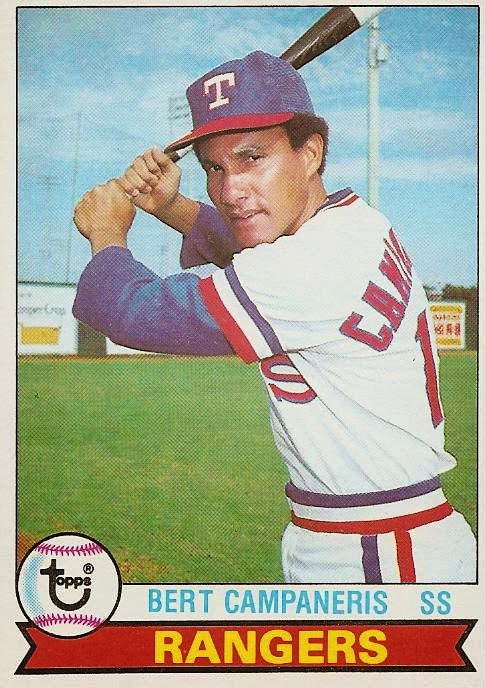 Bert Campaneris, shown here on card 620 of the 1979 Topps set, ended the 1978 season in danger of losing his starting job at short stop.

Coming into Spring Training in 1979, Campy had to get his bat going and regain some of his earlier defensive form if he wanted to stave off Nelson Norman and keep his job. Spring Training didn't go well and the team broke camp with Bert still on the team but the short stop situation unresolved. It wouldn't take long to reach a resolution.

Bert appeared in eight games and got ten at bats with Texas in 1979. He posted a terrible .111 batting average and .200 on-base percentage. He had no extra base hits and only one stolen base. His defense was about average. Average wasn't good enough in this situation.

The bat hadn't arrived for Campaneris and the Rangers reached a decision. On May 4, 1979 Texas traded Bert to the California Angels straight up for Dave Chalk. For the first time since breaking into the Majors in 1964, Bert Campaneris had lost his job.
Posted by Spiff at 10:59 AM