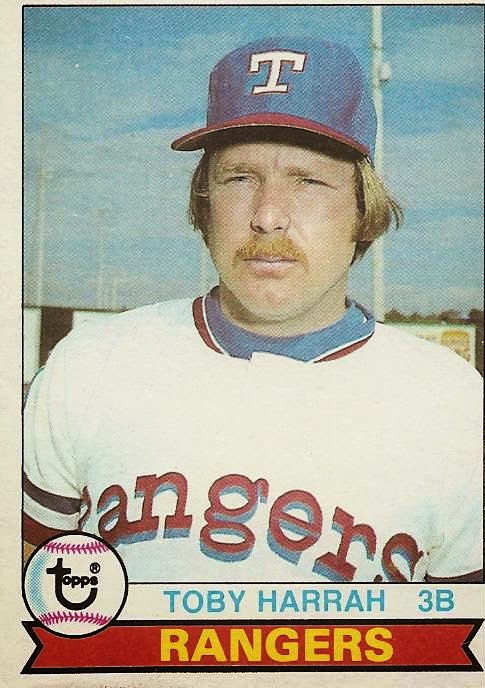 In a re-occurring theme, Toby Harrah was no longer with the Texas Rangers by the time he appeared on card 234 of the 1979 Topps set. Toby suffered an offensive drop in 1978 and that apparently made him vulnerable to the massive roster shake-up.

On December 8, 1978 the Rangers traded the fan favorite Harrah to the Indians for fellow third baseman Buddy Bell. Toby would spend five seasons in Cleveland and one with the Yankees before returning home prior to the 1985 season. By that time the Rangers would be nowhere near the team they were when he left.
Posted by Spiff at 3:35 PM