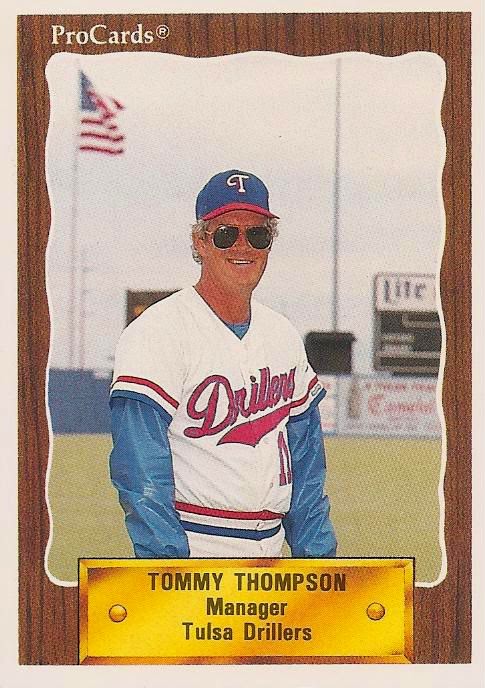 Time to round out the 1990 ProCards Tulsa Drillers team set. Since it's sometimes hard to find information on minor league coaches I am going to lump these three together in one post.

Leading off we have manager Tommy Thompson on card 1172. I can find no record of Thompson ever playing pro ball at any level. He was a long-time minor league manager though, beginning in 1977. 1990 was Tommy's 13th season as a skipper and his second in the Rangers system. He managed the Drillers to a 68-68 record and would be promoted to manage the Triple A Oklahoma City 89'ers for the 1991 season. 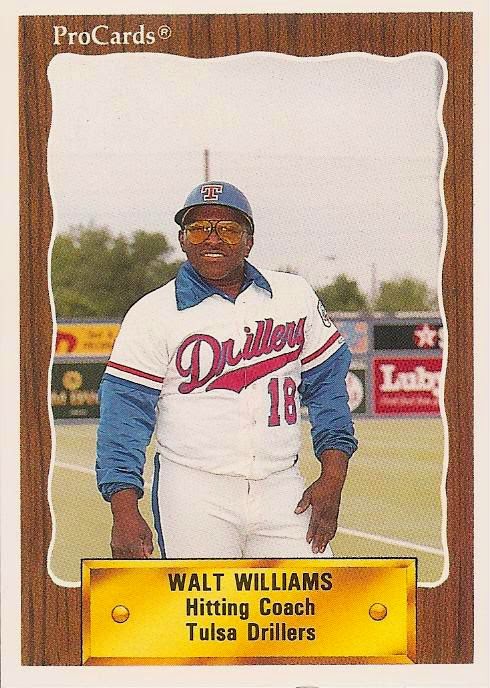 Walt "No Neck" Williams, shown here on card 1173, served as the Drillers hitting coach in 1990. He played ten years in the Majors with the Colt .45's, White Sox, Indians, and Yankees. Prior to joining the Rangers, Williams served as a coach for the White Sox.

I believe Walt continued as hitting coach with the Drillers in 1991 before moving to a manager's position with Single A Gastonia in 1992. 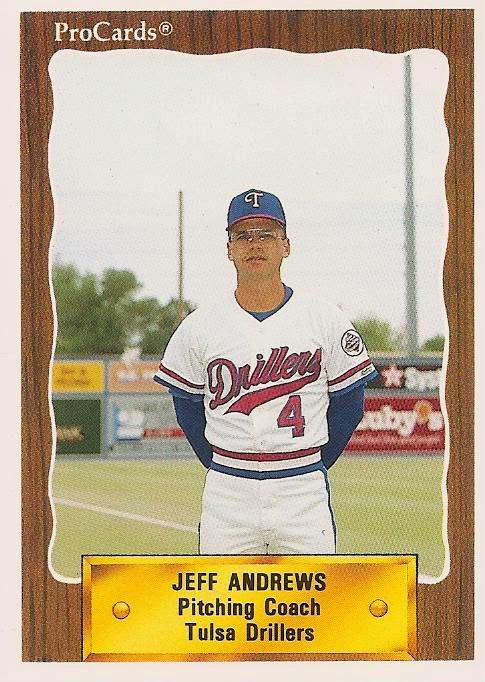 Drillers pitching coach Jeff Andrews, seen on card 1174, pitched for two years in the Chicago Cubs system in 1981 and 1982. He never got above Single A.

He knew pitching though and it didn't take long for him to move into coaching. He joined the Rangers as a minor league instructor in 1986. In 1987 he was the pitching coach for Single A Charlotte. The Rangers moved Jeff up to Double to start the 1988 season and apparently liked his work there. 1990 was his third season with Tulsa. I wasn't able to find out how much longer Andrews stayed with Tulsa and where he went from there.

Well, that's it for the 1990 ProCards Tulsa Driller team set. I hope you enjoyed the sporadic walk through of the team. Looks like the next set up for Minor League Monday is the 1990 CMC Oklahoma City 89'ers.
Posted by Spiff at 10:30 AM