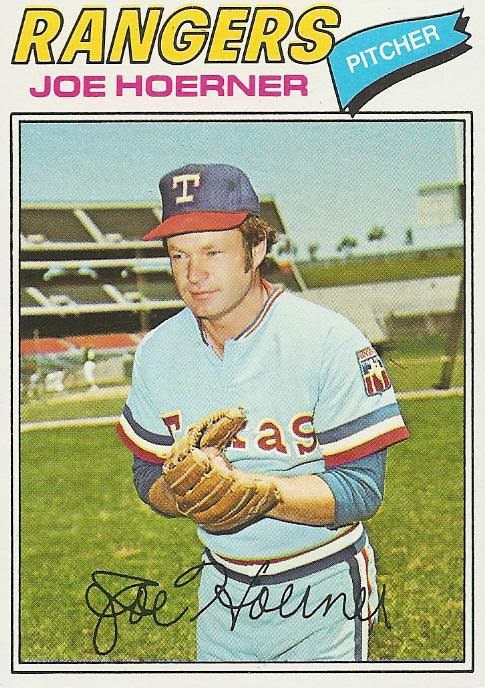 Joe Hoerner, shown here on card 256 of the 1977 Topps set, was on the tail end of his career by the time the photograph on this card was taken. He came up with the Houston Colt .45's in 1963 for a brief look and again in 1964 for the same. He broke into the Majors for good in 1966 with the St. Louis Cardinals. He was part of their championship team in 1967 and the World Series team in 1968. He went to the Phillies as part of the infamous Curt Flood trade that ended up opening up baseball free agency.

Hoerner was no longer with the Rangers by the time this card was issued. Texas signed the career reliever prior to the 1976 season and released him before the 1977 season.

Joe's 5.14 ERA and 1.714 WHIP were likely the contributing factors in the team's decision to release him. He lasted through the 1977 season with the Cincinnati Reds but appeared in just eight painful games for them. They released him in October of 1977. That ended his Major League career.
Posted by Spiff at 11:48 AM