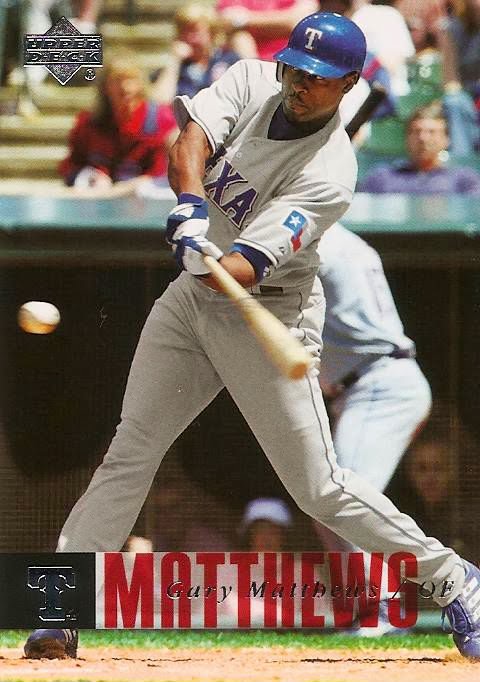 Just ten seasons left after today on T.R. Sullivan's list of the Top 50 Seasons in Rangers history. Gary Matthews Jr gets the nod at number 39 for his 2006 season. He appears today on card number 457 of the 2006 Upper Deck set.

Matthews had a career year for Texas in 2006. As the starting center fielder his defense was below average but his bat more than made up for that.

For all his efforts Matthews received an All-Star selection and some consideration for MVP. He did not get a new contract from the Rangers at the end of the year. Texas wisely let him sign with the Angels and watched from a distance as his career wound down. Gary Matthews Jr had a great season in 2006 but he would never again return to such offensive heights.
Posted by Spiff at 11:23 AM