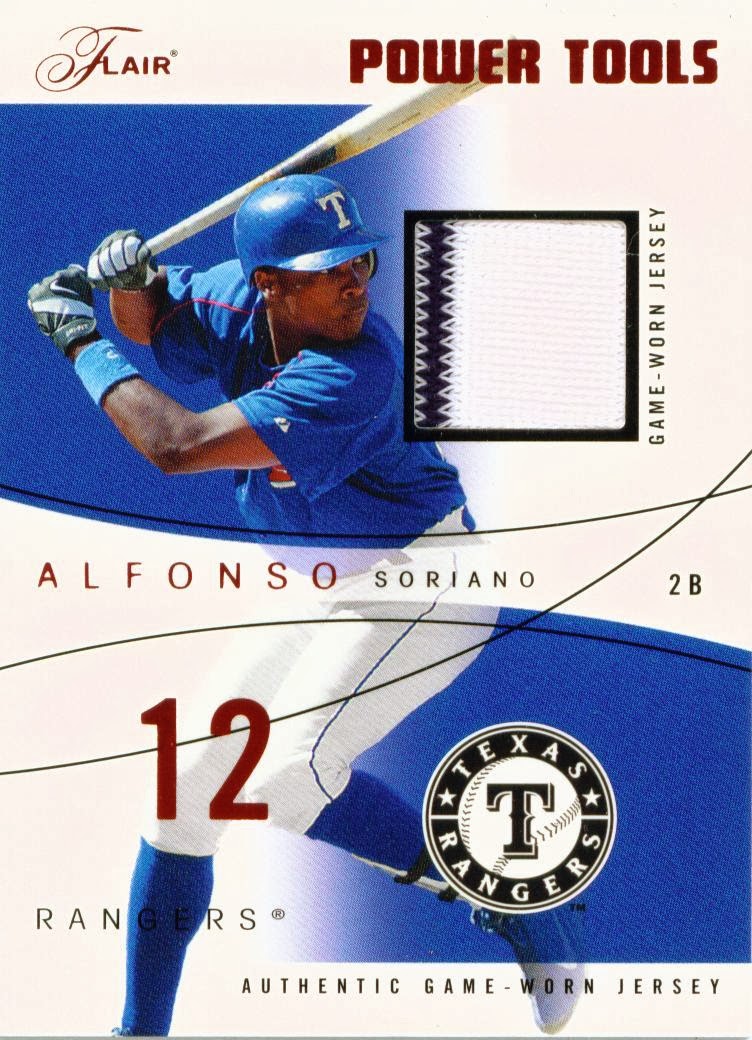 Number 40 on T.R. Sullivan's list of the Top 50 Seasons in Rangers history is Alfonso Soriano's 2005 season. Soriano is shown here on card PT-AS of the 2004 Flair Power Tools set. The card is numbered on the back 47/175. About the only thing I don't like about this card is the jersey piece. Sure looks like a Yankee pinstripe to me.

Soriano made 682 plate appearances for the Rangers in 2005. He compiled a .269 batting average and a .309 on-base percentage. Those aren't very impressive numbers. What gets Alfonso on the list is his 102 runs scored, 104 RBI, 36 home runs, and 30 stolen bases. He also managed to sneak 43 doubles into the mix. Soriano may have got on base less than a third of the time but when he did he caused havoc with the defense. Good thing too since his sub-par defense probably cost the Rangers a few runs.