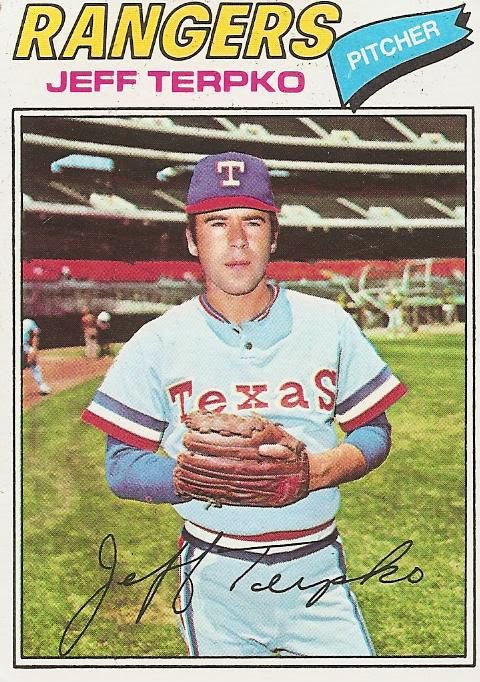 A quick programming note before we get on to today's card. Starting yesterday, the next couple of weeks are going to be pretty hectic for me. As such I will be posting when I have time. That means some posts will be pre-scheduled and others will not. If it appears I am not paying attention to the current Rangers team, I am. The posts just may not match up.

Jeff Terpko, shown here on card 137 of the 1977 Topps set, came to the Washington Senators in April of 1971 as part of the Curt Flood trade. He was still in the minors when the team moved to Texas.

Apparently Texas decided Jeff wasn't going to get any better with more time. After all, he'd been playing in the minors since 1968. On March 15, 1977 the Rangers sent Terpko to the Montreal Expos for Rodney Scott. Jeff would appear in just 13 games for the Expos before his Major League career ended.
Posted by Spiff at 11:04 AM