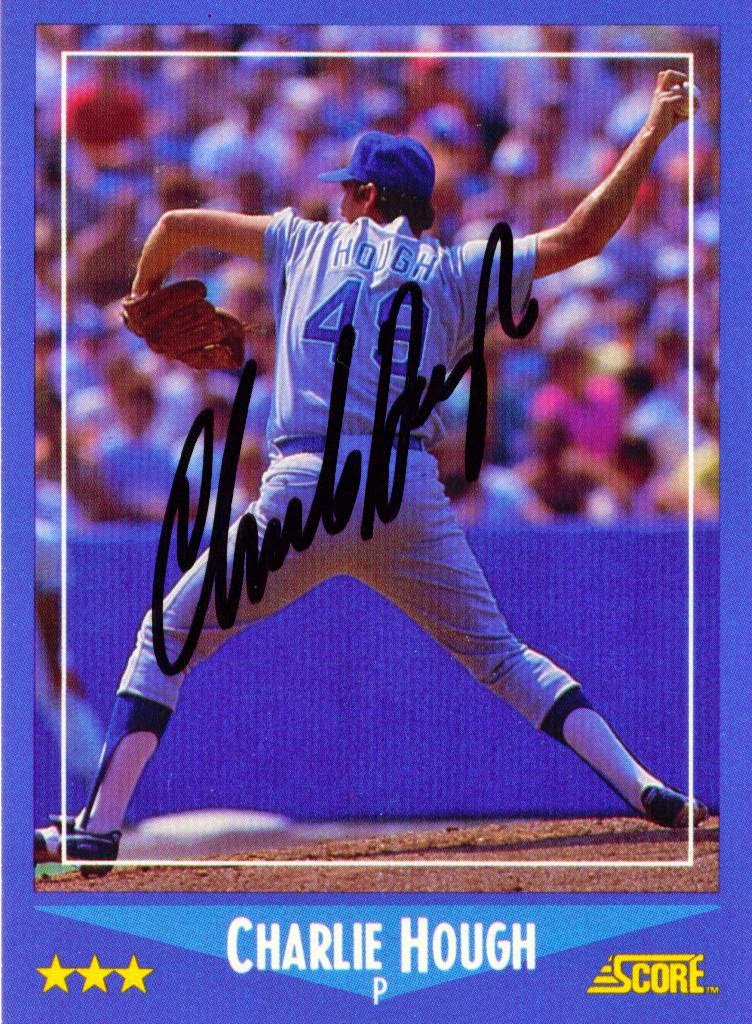 Well, the Rangers got a bit of luck last night to down the Mariners on a Leonys Martin walk-off single. Seattle scored two runs off Yu Darvish, his first two runs given up of the season. That was all they would get though.

The Rangers battled back and managed to tie the game by the bottom of the ninth inning. Two up and two down to start the inning. Then Kevin Kousmanoff got a hit. A Mariners miscue at second kept the inning alive and a wild pitch moved the runners up. That gave Leonys Martin the chance to dump his single into the outfield and get the winning run home.

Nice use of the extra out by Texas. That gives them two wins in a row, a chance to win the series, and a record over .500. All good signs.

In an effort to keep the good times going, I am posting this signed 1988 Score card of former Ranger Charlie Hough. Can't do much better than Charlie when it comes to a good thing for Texas. Maybe it will give the guys a little more luck this afternoon.
Posted by Spiff at 11:00 AM