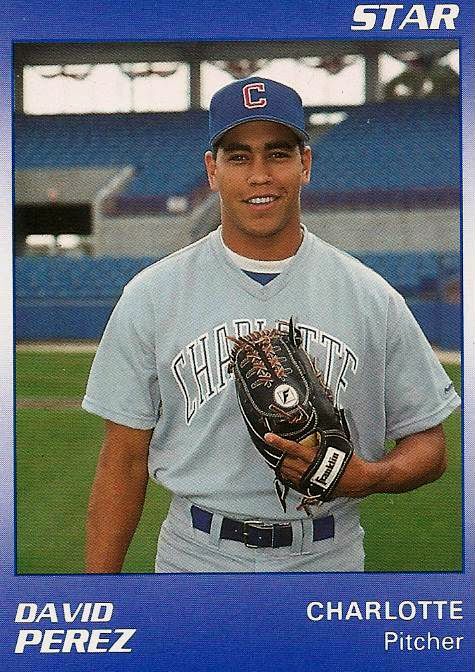 The Rangers injury woes continue unabated with Mitch Moreland undergoing surgery on his ankle and Roughned Odor possibly headed to the Disabled List with a shoulder injury. If things keep up the team will soon be playing Single A players like David Perez.

David Perez shows up today on card #21 of the 1990 Star Charlotte Rangers team set. Perez was in just his second year of pro ball in 1990, having been drafted by Texas in the 27th round of the 1989 draft. He played for the Butte Copper Kings in Rookie Ball in 1989 and got bumped up to Single A for the 1990 season.

Apparently the Rangers liked what they saw from David Perez. During the off-season they promoted him to Double A Tulsa to start the 1991 season. If Perez could keep the success he saw at Charlotte rolling he might be headed even further than Double A.
Posted by Spiff at 11:18 AM