I got mail from a celebrity! 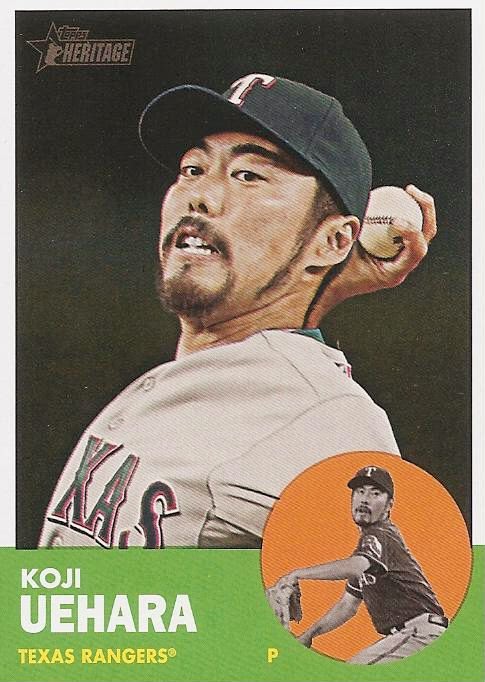 I'm attending training for work this week. That means I'm going to work first thing in the morning rather than in the early afternoon. I miss getting the mail right when it comes. Night before last Mrs. Spiff told me when I got home there was a bubble mailer waiting for me. Cards?

Yes, it was cards. From the famous Night Owl over at Night Owl Cards. He sent me 20 random Rangers and a couple of Senators. Score! Any package with Senators is an automatic winner. Any random package that has six cards I need for team sets is a real winner. One of the cards I needed was this 2012 Topps Heritage card of former Ranger Koji Uehara, number 370 in the set.

Also included in the package was a short note from the Owl himself! He thanked me for some Dodgers I dumped on him and said he hoped the cards he sent would work. They did for sure. Most impressive was that the note started off with my name. Night Owl knows my name! I'm in the big time now. The Owl is perhaps the most famous card blogger out there. Even former Major Leaguers read and comment on his blog. He's got millions of readers. Well, many more than I ever hope to have anyway. Night Owl Cards is the gold standard for card blogs and Night Owl is the blogging equivalent of Clayton Kershaw. He's even got a Dodger autograph made out to "Night Owl". Now he sends me a personalized note. Way, way cool.

Thanks for the cards Mr. Owl. I really appreciate them. Look forward to sending you some more Dodgers sometime when I've got the extra funds.
Posted by Spiff at 5:59 PM

This celebrity comments on people's blogs, too. HE DOES IT ALL!

Glad those cards helped your sets.

Yes, he does. Thanks again!