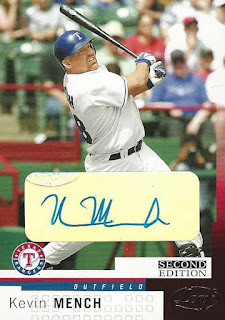 All in all the trip was great. We had some guy time, hit a card shop, and got to a game. Can't beat that. Unfortunately the fall is just as busy as the summer was. Another fence project, Spiff Jr back to playing ball, and several other family activities could make it a challenge to keep up on the posting. I'll do my best though to stay on top of things and not be a stranger.
Posted by Spiff at 11:11 AM

I've been to Houston a few times, but never got to see a game. My work likes to take me there in December.

Bummer. If you ever get a chance you should take in a game. It's a nice park.