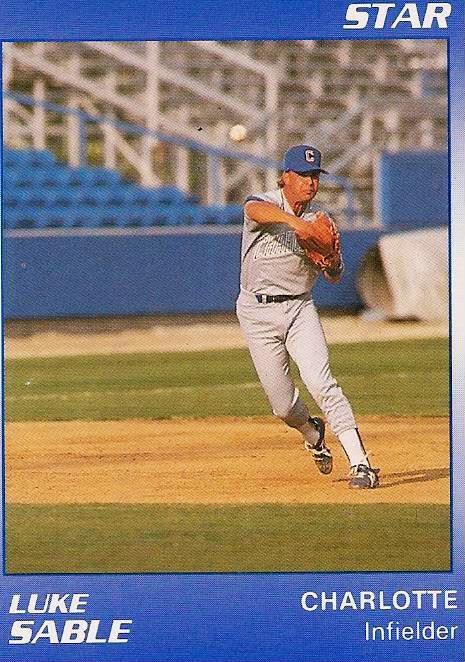 Luke Sable appears on a badly mis-cut version of card #25 in the 1990 Star Charlotte Rangers team set. Looks like Sable and several of the other players were photographed the same day during infield drills.

Luke made 231 plate appearances for Charlotte over 67 games in 1990. He posted a .267 batting average and a .339 on-base percentage. In spite of striking out more than he walked, Sable was not a real power threat. He hit just five doubles and five triples. Luke's first home run as a pro ballplayer had yet to make an appearance.