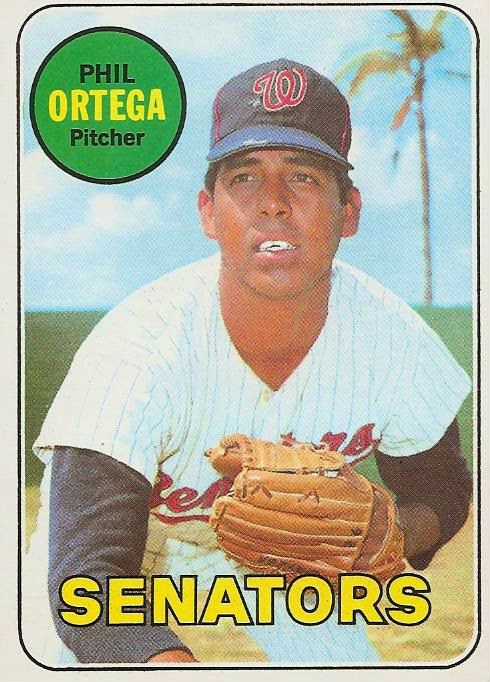 Perhaps it is fitting that Phil Ortega appears with a palm tree on card 406 of the 1969 Topps set. After all, he never made it out of Spring Training with the Senators in 1969.