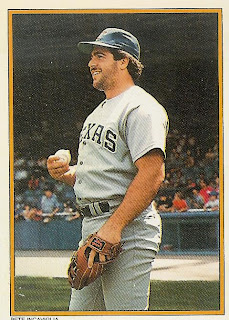 Coming out of the break tonight the Rangers are hosting the Orioles in Arlington. Derek Holland goes to the mound to try and get the team off on the right foot.

Dutch should have a little more help from the offense than he was getting. Craig Gentry and Jeff Baker have been activated from the Disabled List and will be on the roster for tonight's game. Robinson Chirinos and Wilmer Font are headed back to Triple A as a result.

Still no firm word on Lance Berkman. He's not been activated and there doesn't seem to be a lot on information floating around as to his recovery. On the other hand, Yu Darvish is still slated to be activated and pitch on Monday. Ross Wolf (tomorrow) and Martin Perez (Sunday) will bridge the gap between Holland and Darvish.

Alexi Ogando says he is ready to go as well. Ogando has made three rehab starts at Triple A. The last start was yesterday. Alexi went seven innings while giving up two runs. After the game he said he felt good and was ready to go. If he is that would be great. Getting a full-strength Ogando back could really put some gas in the club's tank.

Quick footnote: One-time Ranger Derek Lowe is retiring from being an active player after 17 years in the Majors. Lowe was with the Red Sox when they broke the curse and won the 2004 World Series. He also tossed a no-hitter in 2002.
Posted by Spiff at 8:48 AM