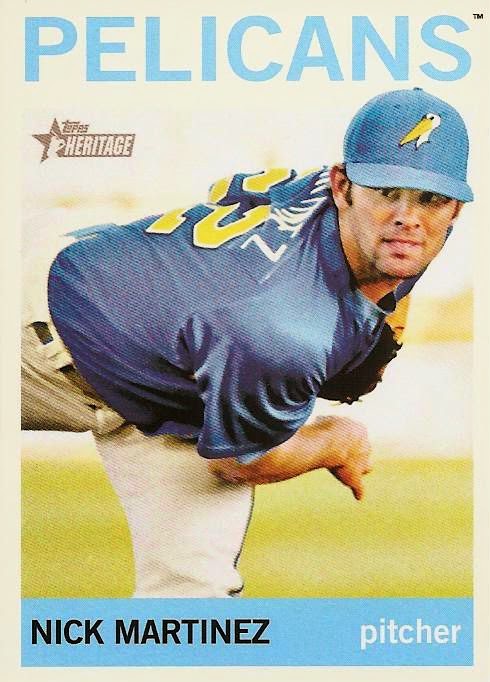 Jon Matlack in 1980, Yu Darvish in 2014, Nick Martinez in 2015. The only three pitchers in Rangers history to go at least seven innings in each of their first two season starts and not allow an earned run.

Martinez pitched seven innings last night against the Angels without allowing an earned run. One run did score but it was unearned as the result of a rare Adrian Beltre error. Nick was not as dominant as in his first start, he allowed five hits and three walks while only striking out one. He came through when it counted though and got the win.

While Martinez was working on his second victory, the Rangers bats arrived and put eight runs on the board before the game ended. Robinson Chirinos and Juan Peguero both got doubles. Chirinos and Elvis Andrus bopped home runs as well. Interesting to note that the club has only hit homers this year when Nick Martinez starts. Prince Fielder took the league lead in multi-hit games as he went 2-for-4.

Phil Kline gave up a run in the eighth but that was all the Halos got. 8-2 Texas. Great game for Martinez and the offense. Hopefully the lineup can carry the momentum over to some of the other members of the starting rotation. As for Nick Martinez, he's got to be walking on air with his 2-0 record and 0.00 ERA. He's already used up all his cards. This 2013 Topps Heritage Minor League card #70 is the final unused card I have of him. Nice problem to have if I need to highlight him again and don't have a card.
Posted by Spiff at 2:54 PM

He has looked really good. I'm sure that is frustrating because you are left wondering how good the team could be with a healthy Darvish and Holland.

I got to go last night. I might have extra tickets some time this year so you should email me a phone number so I can call you to see a game!