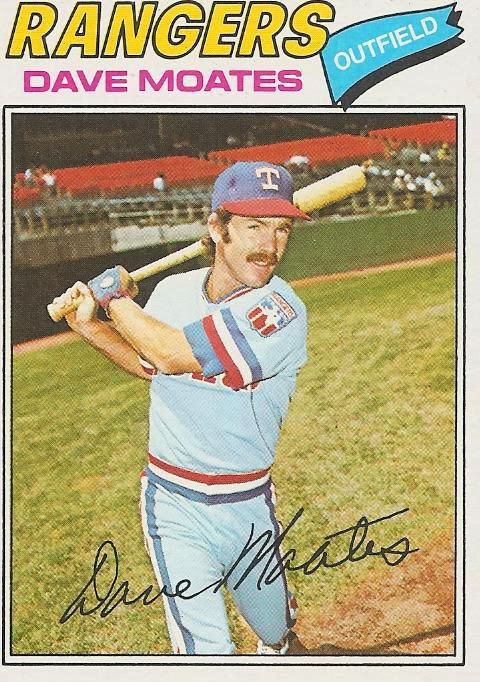 So far the big news out of Sprint Training is that Jurickson Profar's right shoulder tendinitis has not yet cleared up. That restricts his workouts and puts him behind. He's still looking to be the starting second baseman on Opening Day but any other delays will scratch him.

Jumping back to 1977 for a few minutes. By the time Dave Moates appeared on card 588 of the 1977 Topps set his Major League career was over.

Moates was drafted by the Senators in 1969 and was still in the minors when the team moved to Texas. He spent 1974 and 1976 as a backup outfielder with the Rangers. With the roster changes leading up to the 1977 season, he found himself out of a job. It was down to the Triple A Tucson Toros to start the season. It was apparent that, barring a miracle, Dave was not going to be able to play his way back to Arlington.

On May 23, 1977 the Rangers sold Moates' contract to the New York Yankees. Dave moved to the Syracuse Chiefs to finish out the 1977 season. That also finished out his professional career as he hung up his spikes at the end of the season.
Posted by Spiff at 12:00 PM