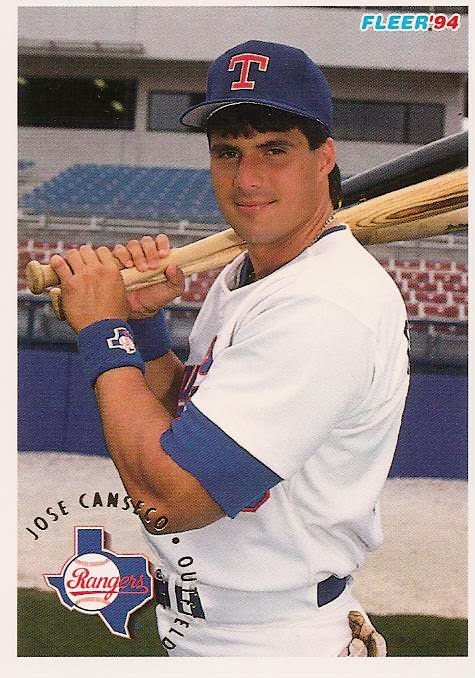 So the Rangers first Spring Training game of 2014 went well yesterday. Prince Fielder hit a home run as advertised. Yu Darvish tossed a couple of scoreless innings. Hopefully that's a sign of things to come in the regular season.

Following his infamous pitching injury in 1993, Canseco came into the 1994 season on a tear. He was carrying a .282 batting average and a .386 on-base percentage through the 111 games he appeared in. He had 19 doubles, two triples, and 31 home runs. Those all contributed towards his 90 RBI and 88 runs scored.

Unfortunately for Canseco, the players strike ended the 1994 season early. He was unable to put up a full season of numbers. If he had been able to play the season out, it is likely 1994 would have been one of the best years of Jose's career. As it was he had to settle for numbers that most players would be happy with for a full season and some MVP consideration.
Posted by Spiff at 12:19 PM