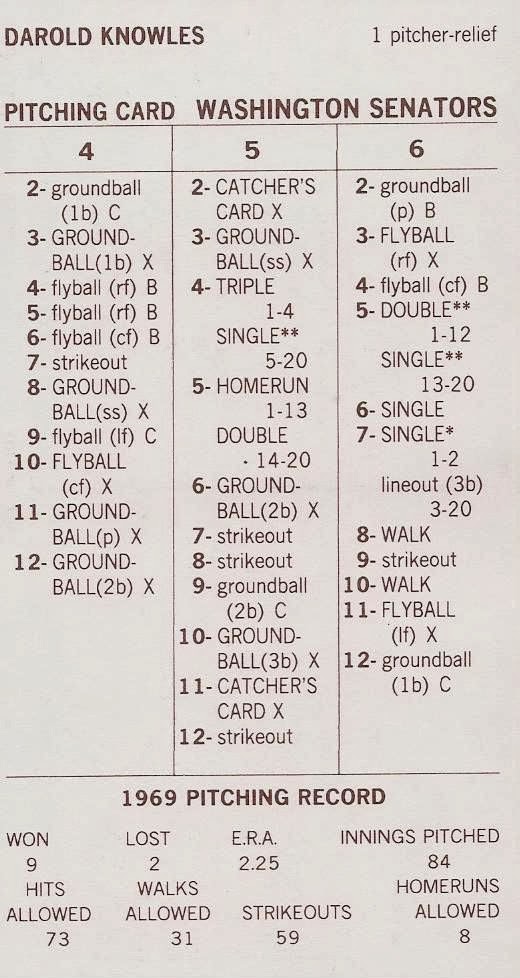 Coming down the home stretch on T.R. Sullivan's list of the Top 50 Seasons in Rangers History. Today Darold Knowles comes in at number 43 in recognition of his 1969 season.

Darold ended the season with 13 saves. He also got selected to the All-Star team for the only time in his career.
Posted by Spiff at 11:32 AM