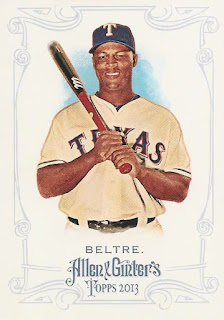 Well, the last couple of days have been great ones for Rangers fans. After all, a win a day keeps the blues away.

Texas saw the Giants off on Sunday with a 2-1 win. Pitching was the story as Martin Perez turned in his best start since returning from the Disabled List. Perez went 8.1 innings and gave up just one run while allowing only two hits. The bullpen fooled around and loaded the bases in the ninth but got a double play to end the game. Josh Hamilton provided the margin of victory with a two run home run to give Perez all the support he needed.

As beautifully pitched as Sunday's game was, yesterday's was not. Rangers starter Colby Lewis battled through six innings but didn't have it as he gave up seven runs. Four of those were thanks to a grand slam. That was better than Houston starter Lance McCullers who gave up six earned runs in just a third of an inning of work and left for Triple A after the game. There were other pitchers involved but that gives you an idea of how things went.

On the other side of the ball, both teams had pretty big days. Shin-Soo Choo had a home run for Texas. He, Prince Fielder, Mitch Moreland, and Roughned Odor all had two RBI. The spotlight was reserved for Adrian Beltre though. Beltre, shown here on card 23 of the 2013 Allen and Ginter set, had a phenomenal night at the plate. He went 4-for-5 with three RBI and two runs scored to lead the Rangers charge. Adrian got a triple in the first to start his night. His second at bat resulted in a double. Next came a single and, in the fifth inning he hammered a home right to left field. It was the third cycle of Beltre's career, the second in his time with Texas. Coupled with Choo's cycle a couple of weeks ago, it was the second of the year for the Rangers.

Thanks to some late-inning zeros put up by the Rangers revamped bullpen, and the offensive onslaught led by Beltre, the Rangers welcomed the Astros to Arlington with a 12-9 win. Nice way to open the series.
Posted by Spiff at 1:05 PM