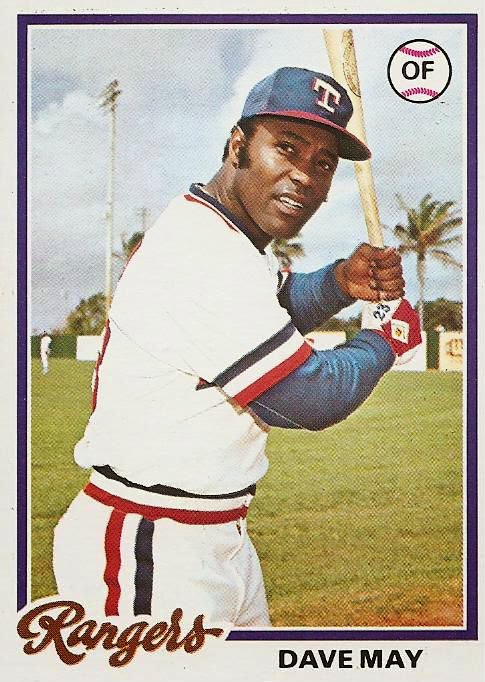 Dave May, shown here on card 362 of the 1978 Topps set, came to Texas via the Jeff Burroughs trade. He was expected to be a back-up outfielder in 1977.

With Ken Henderson and Tom Grieve fighting injuries, May got a lot more playing time in 1977 than the Rangers planned. He appeared in 120 games, mostly in right field but with time at the other two outfield positions and at designated hitter as well. May actually played right field enough to be considered the primary right fielder for the club.

Dave served well as an emergency fill-in in 1977. He wasn't what the Rangers were looking for long-term though. That made him an extra wheel in an already crowded outfield that was undergoing an major overhaul. On May 17, 1978 Texas sold May's contract to the Milwaukee Brewers. After just one season, Dave May's time as a Texas Rangers was over.
Posted by Spiff at 12:11 PM