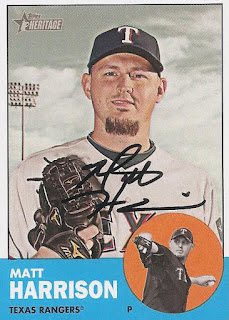 Lots going on in Ranger land the last few days. Good and bad news. Here's the run down.

The Rangers did call up phenom prospect Joey Gallo to fill in for Adrian Beltre at third. Gallo made his Major League debut Tuesday evening. He went 3-for-4 with a double, a home run, and four RBI as the Rangers hammered the White Sox 15-2. The ChiSox got their revenge last night, beating Texas 9-2 but they couldn't keep Gallo down. He launched a long ball in the ninth inning for his second home run in as many games. Right now Joey is carrying a .500 batting average through eight at-bats. That's not a large sample size, but the fact that his four outs have all been whiffs is something to keep an eye on.

Josh Hamilton missed last night's game with a tight hamstring. He had an MRI done yesterday but the club had not made any statements at game time. They finally announced last night that Hamilton is headed back to the Disabled List for four weeks with a strained hamstring. At least the Rangers know they were winning without Josh and should be able to keep chugging in his absence.

Matt Harrison, shown here on a signed 2012 Topps Heritage card, is looking at ending his absence soon. Harrison tossed five innings for Triple-A Round Rock yesterday to begin his comeback bid. A year ago Harrison had spinal fusion surgery that almost everyone expected would end his pitching career. Now it looks like he has a shot to get back into the Rangers rotation before the end of July. That would be a welcome miracle.

Ryan Rua isn't looking for a miracle but he is looking to get going at Triple-A today to start his rehab assignment. Rumor has it he has been taking some grounders at second base in practice. Maybe the Rangers are looking for him to increase his versatility.

Neftali Feliz is expected to begin a rehab assignment soon and should progress rapidly to the point of rejoining the team. With the way he had been pitching I'm not sure if that's good news or bad news.

Well, like I said, good news and bad news. At least there's some good news and guys are looking at coming off the DL. That's a whole lot better than last year and that's good news by itself.
Posted by Spiff at 9:42 AM