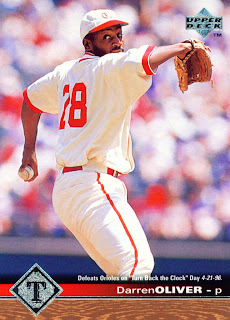 The deal that Texas and Oliver reached is a one year contract for $3.5 million in 2010 with an option for 2011. Seems to be a good move to strengthen the bullpen.
Posted by Spiff at 8:16 PM

I'm still confounded as to why the Angels let Oliver leave like this. Just a disaster of an offseason.

Lefties do seem to last longer in the Majors. It seems like this signing was probably a good one.