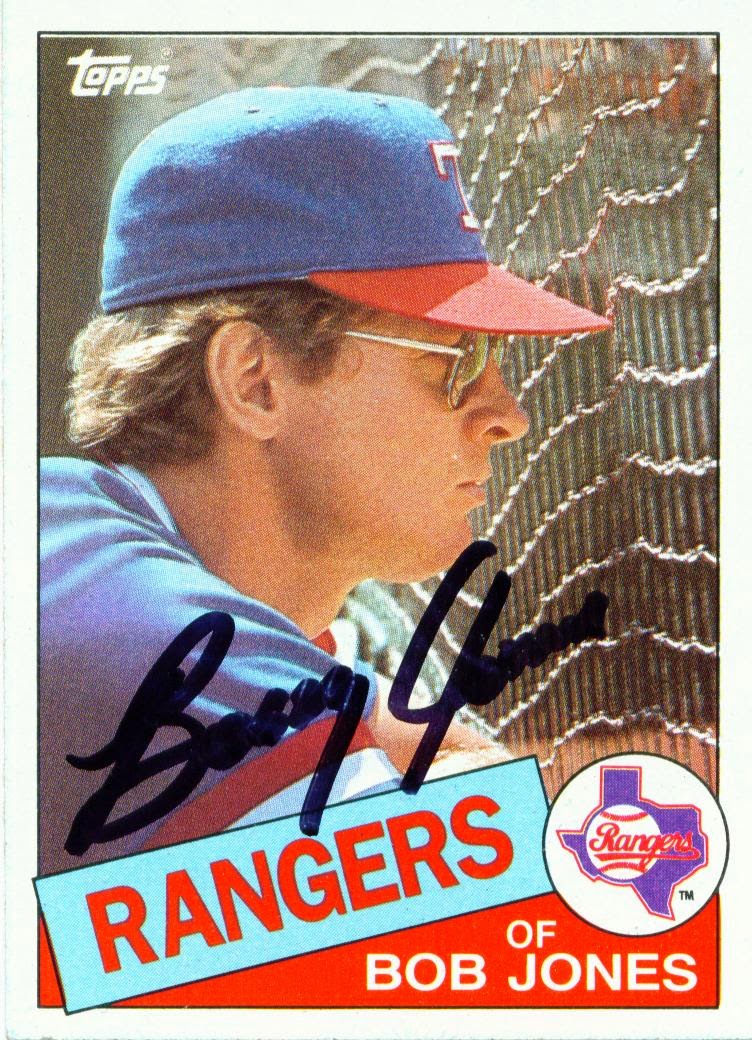 Eight days. Just over a week before pitchers and catchers report. The Rangers equipment truck left for Surprise, Arizona on Monday. It's almost time for some baseball!

Prince Fielder says he's tanned, tested, and ready for the 2015 season. The doctors have cleared Prince to play and he says he's as strong as ever and feels great. I hope so.

Yu Darvish is also reportedly in tip-top shape and ready for the season. A solid season out of him would take the club miles towards a total reverse of last season's disaster.

Matt Harrison is starting to throw but still has a long way to go before his comeback bid gets anywhere close to success. He's confident but it's going to be a long road. Best of luck to him. It would be awesome to see him overcome his back issues and surgeries to get back on the mound. Probably won't be a factor in 2015.

The Rangers coaching staff, including Bobby Jones - shown here on a signed 1985 Topps card, have their work cut out for them this spring. Among other decisions, at least ten players are going to be making a bid for the left field spot. Michael Choice, Ryan Rua, Mitch Moreland, and Jake Smolinski played for Texas in 2014. Ryan Ludwick, Kyle Blanks, Antoan Richardson, and Carlos Peguero are veterans coming into camp on minor league contracts. Delano DeShields is a Rule 5 pickup who will have to be returned to the Astros if he doesn't stick. Jared Hoying is a home grown talent who might be an outside contender for the job. The competition should be interesting to watch.

All in all there are 61 players currently slated to report to Rangers Spring Training. That's as many players as Texas placed on the Disabled List in 2014. Hopefully this season will turn out better. Either way, it's almost here and it's time to get excited!
Posted by Spiff at 11:13 AM