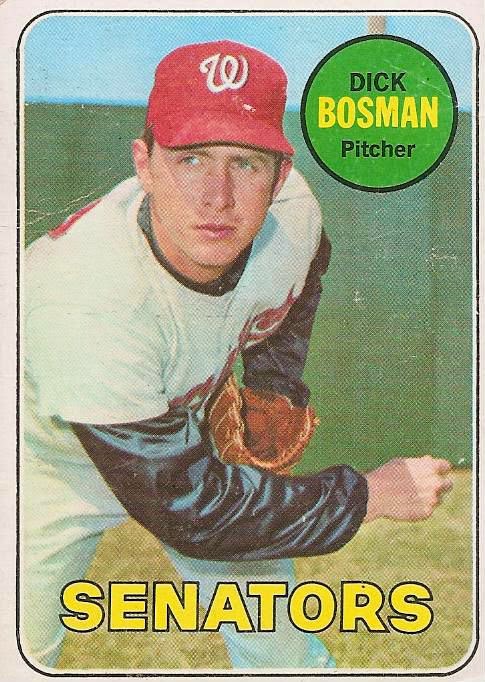 Future Rangers pitching coach Dick Bosman appears today on card 607 of the 1969 Topps set. This card is a little beat up but it's a high number and so difficult to find at an affordable price.

Bosman relied mostly on his control and had a passable year in 1968. He was highly competitive though and looking to improve in 1969. He spent most of the season with Washington but did pitch two innings in one game for the Triple A Buffalo Bisons. Not sure what that was all about.

Dick Bosman had an outstanding year in 1969. He won the AL pitching title, got some MVP consideration, and posted a club best 14-5 record. Apparently the lowering of the mound between 1968 and 1969 didn't effect his control. The Senators had some pitching problems but Dick Bosman wasn't one of them. They expected great things from their young hurler in future seasons.
Posted by Spiff at 11:14 AM