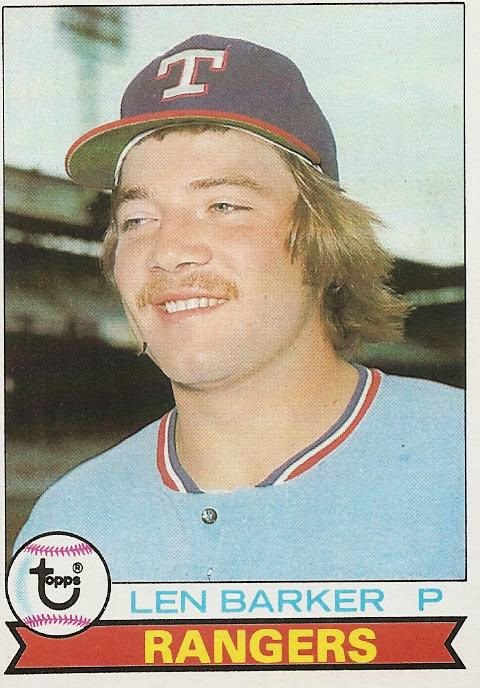 Another victim of the constant turnover Texas experienced in the late 1970's, Len Barker was no longer a Ranger by the time card 94 of the 1979 Topps set hit the store shelves. After Barker had a rough 1978 season, the Rangers sent him and outfielder Bobby Bonds the Cleveland Indians on October 3, 1978. In return Texas got Jim Kern and Larvell Blanks.

As for Barker, he went on to turn in a serviceable career for the Indians and even tossed a perfect game for them in 1981. Cleveland traded Len to the Braves in 1983 and he played there until he was released in April of 1986. The Expos picked him up but he spent 1986 in the minors and was released in March of 1987. Milwaukee gave him a shot and he pitched some for the Brewers in 1987 but injuries and age had taken their toll. 1987 was the end of the line.
Posted by Spiff at 11:37 AM