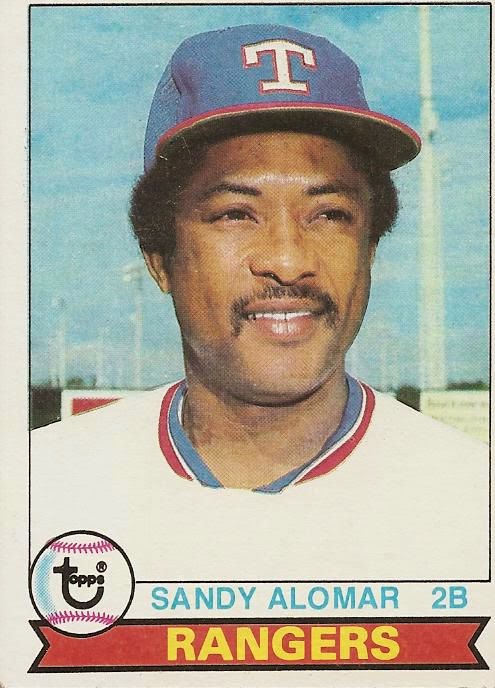 By the time Sandy Alomar appeared on card 144 of the 1979 Topps set his Major League playing career was over.

It had been clear in 1978 that Sandy was at the end of the line as a player. After 15 seasons in the Majors he was slowing down both offensively and defensively. The Rangers released him on October 24, 1978. Nobody picked him up.

In the years between playing and coaching Sandy taught his sons, Roberto and Sandy Jr how to play the game of baseball. He apparently taught them well. Sandy Jr had a successful Major League career as a catcher and Roberto was inducted into the Baseball Hall of Fame in 2011.
Posted by Spiff at 11:23 AM