Top of the heap. 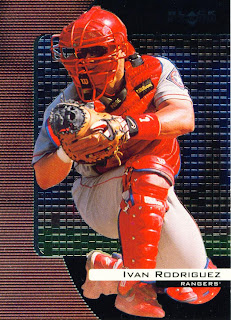 Tonight should be Ivan Rodriguez's night. Whether the Astros win or lose, the night belongs to Pudge. Last night he caught the 2,226th Major League game of his career. That pulled him even with Carlton Fisk in that category. Incidentally, he also provided all the Astro's offense with a solo shot in the fifth inning.

Pudge is slated to catch his 2,227th game tonight. That will give him sole possession of the top ranking. His closest active challengers are almost 400 games behind him. No matter the final score, Ivan will be a winner as soon as he crouches behind the plate in the first inning. Somehow I doubt that he will be content to just rest on his laurels though.
Posted by Spiff at 11:44 AM