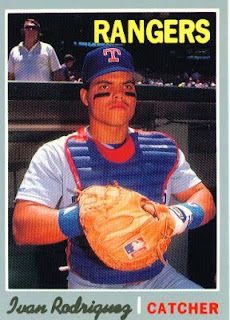 Not a good news week for the Rangers or their fans.

Started off with Nelson Cruz being on a list of 20 players looking at PED suspensions. That will hurt the Texas offense but it's needed. If MLB is serious about getting steroids out of the sport it is going to have to toe the hard line.

Next up was news that Colby Lewis suffered a set back in his rehab. Now he's been taken off his rehab assignment all together. No firm timetable as to his return now.

While the team was losing to Boston, the A's kept winning. Texas now has a half a game lead in the standings only by a mathematical fluke. The Rangers have one less win than the A's but two less losses so they stay on top. That's not very encouraging.

Mitch Moreland is on the Disabled List. He was having a great year defensively and seemed to be moving right along at the plate. The injury stint will slow the team down. hopefully it won't slow him down.

Two small bright spots amid the gloom. First is Alexi Ogando. He returned strong from the DL and helped pitch the Rangers to their lone win against the Red Sox this past week. Good to finally see some re-enforcements arrive.

The second bit of good news was the election of former Ranger Ivan Rodriguez, shown here on card BBC37 of the 1992 Baseball Cards Magazine set, to the Rangers Hall of Fame. I personally doubt Pudge stayed away from PEDs his whole career but he was a long-time and much loved player who was something special before anyone ever thought of steroids. Congratulations Pudge.
Posted by Spiff at 5:36 PM