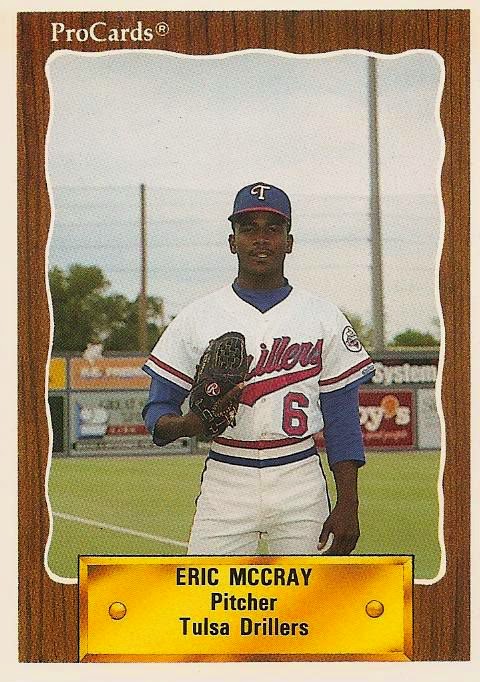 Eric McCray's first two seasons in pro ball had gone pretty well. One season in Rookie ball followed by one at Single A with success at both levels. Following the 1989 season, McCray was promoted to Double A Tulsa for the 1990 campaign.

After two successful seasons, Eric McCray's career suffered a setback in 1990. It was back to Single A for the start of the 1991 season. Eric needed to get things back on track and fast. A 10th round draft pick only has so many chances to make good, even if he is a left-hander.
Posted by Spiff at 10:22 PM