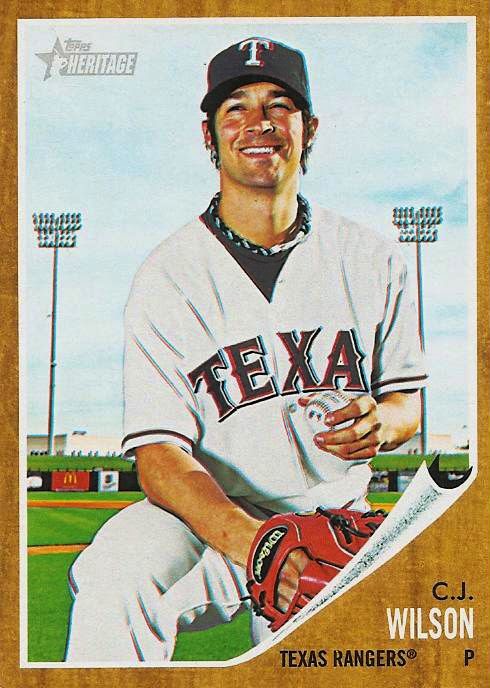 So, I've been following the post-season and rooting for some teams (way to go O's) and against others (maybe the Giants will stumble). I can't say I've been hanging on every pitch. Well, not most of the time. The Kansas City Royals extra innings wins in their first three games had me hooked late in each game. I knew heading into last night that it was due or die for the geographically challenged Angels. That's why the text message I got from Mark the Royals fan surprised me.

"Why is C.J. Wilson so bad in the postseason?"

That's a good question. Not one that I would have expected from Mark though. After all, he was at the Royals/Angels game. He should have been paying attention to the game, not asking esoteric questions.

Wait. Surely the Angels didn't start Wilson. I had been in church and missed the start of the game. On came the radio. 5-1 Royals. The announcers mentioned C.J. getting chased after just 2/3 of an inning. The Angels DID start Wilson?!? WHAT is wrong with Mike Scioscia? Was he trying to throw the series? Somebody call Kennesaw Mountain Landis.

Look, C.J. Wilson, shown here on card number 207 of the 2011 Topps Heritage set, is a nice guy. He's a great number two or maybe three during the season who will win you a lot of games and get you into the post-season. It ends there. As Rangers fans well know, C.J. Wilson cannot win a big game. Period. It's not in his makeup. He means well but he can't do it. I hadn't seen Wilson in the first couple of games in the series so I figured the Halos were with the program and left him off the roster for the ALDS. Instead they slate him to start in a win or go home game. That's the definition of a big game and one that Wilson won't win. No wonder it didn't go into extras.

Anyway, congratulations to the Royals. 29 years and there's life at Kaufman Stadium in October again. Mark, I'm sorry you only got to one game rather than the two you had tickets for but a sweep is best. Glad you got to be in on the party after all the years of waiting.
Posted by Spiff at 2:46 PM