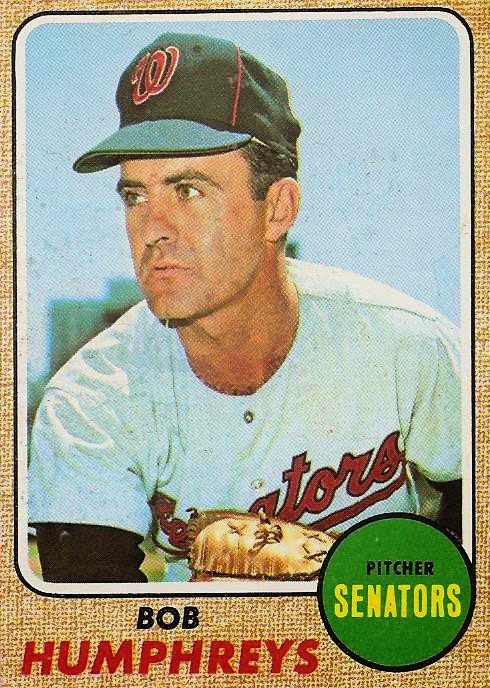 Reprising his role as middle relief, Bob came out of the bullpen for all of the 56 games he appeared in (second only to Dennis Higgins) for Washington. He finished 29 games but scored just two saves and five wins. That's the kind of team he had behind him.

Humphreys pitched 92.2 innings for Washington in 1968 and managed to lower his ERA to 3.69. That was about average for the bullpen but his 1.165 WHIP was the lowest among anyone who took the mound for Washington regularly. Bob whiffed 56 opposing batters but also issued 30 free passes. He had a weakness for the gopher ball as he coughed up 13 of them.

Bob Humphreys turned in a decent, but unspectacular year for the Senators in 1968. He managed to improve both his ERA and WHIP from the previous season. If he could push them down a bit further in 1969 he could really lock in a spot on the relief corps and might even be getting back to the form he had with the 1964 Cardinals.
Posted by Spiff at 10:06 AM