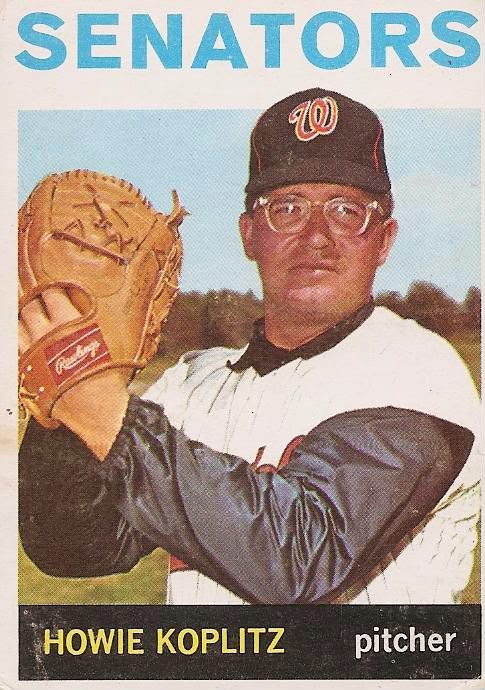 It is fitting, with the Rule Five draft just completed, that Howie Koplitz is the next Senator up. Washington got Howie from the Tigers in the 1963 Rule Five draft. He had stints with Detroit in 1961 and 1962 before spending 1963 at Triple A.

Before we go any further, I have to say I am liking Howie's glasses as shown on card 372 of the 1964 Topps set. They give him a real common man look that you don't see much from today's ball players.

Howie really didn't do too badly in the minors and the pitching starved Senators decided to give him a shot. He would end up appearing in six games, all but one in relief. Over 17 innings he posted a 4.76 ERA and a 1.941 WHIP. Those weren't real good numbers but at least he had made it back to the Big Leagues.

Howie Koplitz managed to avoid disappearing into the farm system when he switched teams. What he needed to do for 1965 was work on improving to the point he could get a spot nailed down in the Washington bullpen.
Posted by Spiff at 10:53 AM