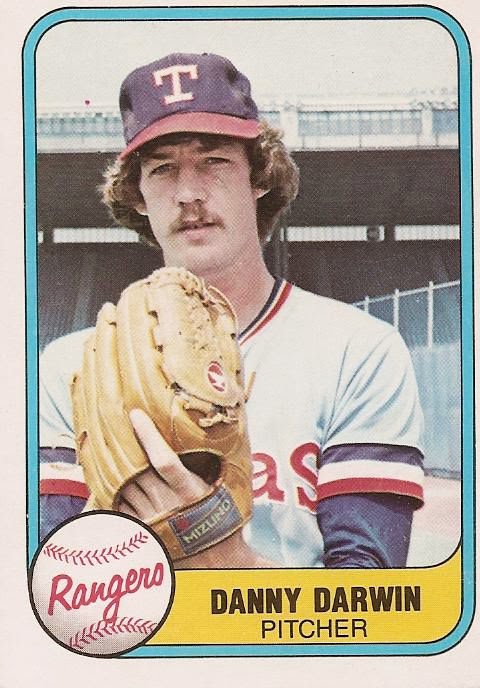 Not much to report from Spring Training other than Matt Harrison is back in camp and ready to get going. Seems like a good time to move along on T.R. Sullivan's list of the Top 50 Seasons in Rangers History.

Darwin was in his second full season with Texas in 1980 and was primarily a reliever. He did make two starts but the rest of his 53 appearances were out of the bullpen. He finished 35 games but got only eight saves.

In the 109.2 innings Danny pitched he compiled a 2.63 ERA and a 13.4 record. That's a little surprising considering his 1.350 WHIP. Although he did walk 50 he probably got away with a little more due to the 104 strikeouts he recorded.

Texas-born Danny Darwin's 1980 season was a story of homegrown talent making good.
Posted by Spiff at 11:58 AM