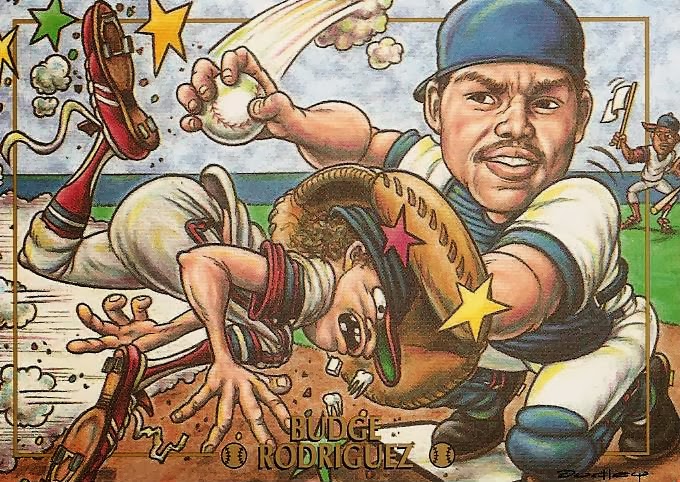 Quick rundown of the news out of Spring Training.

Matt Harrison is good to go but not too good to go. He probably won't be ready for Opening Day but should be in the rotation shortly thereafter. He has been cleared by a doctor though and there's no sign of a physical problem.

Ron Washington likes prospect Rougned Odor. He thinks Odor needs to slow down a bit but figures that will be addressed by the end of camp. Apparently Rougned tends to rush to make the plays. Ron's opinion is that this is a result of youth and will resolve itself with seasoning.

Washington may get a chance to manage Odor when he hits the Majors in a few years if things keep going well. Texas extended Ron's contract as manager through the end of the 2015 season. That seems like a good deal to me. I'm a big fan of continuity. As long as it ain't broke, don't fix it.

Major League Baseball has finalized the new rule concerning home plate collisions. Most aren't as one-sided as the one shown here on card number 59 of the 1993 Cardtoons set and there has been some noise about trying to protect catcher. The play at the plate will not go away but the new rule is supposed to minimize the serious injuries to players. I'm a little conflicted on this one. I don't like the idea of trying the make the game risk free. I do like the idea of keeping players from flattening the catcher when there's no need. Going to have to turn rule #7.13 over in my mind a bit more. Will be interesting to see how it looks in action during the 2014 season.
Posted by Spiff at 10:41 PM