From the Owl's nest. 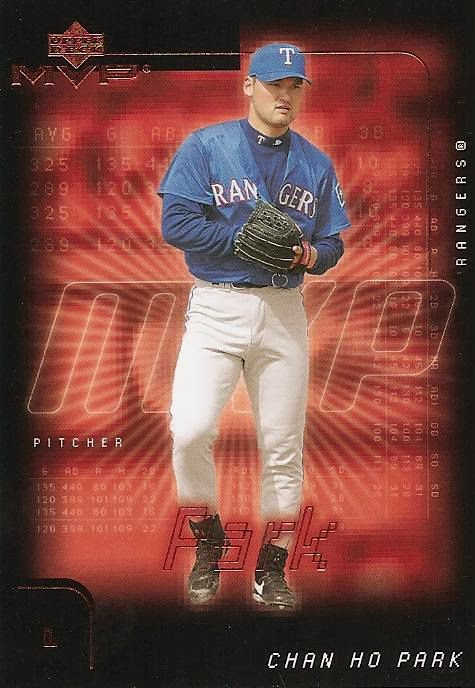 When I arrived home from work last night I found a small package waiting for me. I have to admit it raised my spirits just seeing the return address of the famous Night Owl over at Night Owl Cards. Mrs. Spiff asked if the package was part of a trade. No, just a nice gesture on the part of a real class act.

Inside the bubble mailer I found a stack of Rangers cards and a note from the man himself. He hoped I needed a few of the enclosed cards. Yes, I did. The cards of current Rangers were especially valued with the 2014 season rapidly approaching. There were also a few older cards that hit some holes in various team sets. This 2002 Upper Deck MVP card of Chan Ho Park is one such card. I was able to check card 70 off the list of cards I'm looking for to complete the team set.

Thanks a lot for the cards Night Owl, and perhaps even more for the thought. It's a real encouragement to get such a nice surprise in the mail.
Posted by Spiff at 12:24 PM

You're welcome. I hope the Park card didn't bring up too many bad memories. :)