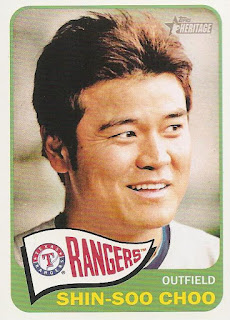 The Rangers were two games back of the American League West leading Astros when they started their game in Seattle last night. Texas was also in sole possession of the second wildcard spot in the AL. Neither of those positions were predicted by anyone at the start of the season.

Cole Hamels took the mound for the Rangers to face off with Taijuan Walker for the Mariners. Hamels did well through six, allowing just one run. Meanwhile Walker left the game in the fourth as the Rangers scored six total off him, one run was unearned. In the seventh Hamels stumbled and allowed three runs before finding the third out. That finished the night for him. Seattle scored two more off the Rangers bullpen in the eighth to run their total to six. Meanwhile the Texas offense kept going and put up one each in the sixth, eighth, and ninth. Final: Rangers - 9, Mariners - 6.

While the Rangers pitching was not the best, their offense picked an excellent time to break their recent home run drought. With only two long balls on this road trip, the club had been winning games with small ball. Last night was different. Mitch Moreland led off the parade with a solo shot in the second to give the Rangers a 1-0 lead. Shin-Soo Choo, shown here on card 120 of the 2014 Topps Heritage set, dealt Seattle a body blow with a three-run blast in the third. Rougned Odor continued his hot streak with a two-run shot in the fourth to help chase Walker from the game. Joey Gallo added some insurance in the eighth with a moonshot of his own. Very good so see some power flashing from the Ranger bats.

While Texas was handling Seattle, Sonny Gray and the A's blanked the Astros. The Twins and Angels lost as well. That moves the Rangers to one back in the AL West and  2.5 up on the Twins and 4.5 up on the Angels in the wildcard hunt. Great news for the Rangers. This evening they play Seattle again and once more tomorrow afternoon before heading home for a ten game home stand. During that home stand Houston comes to town for four crucial games. Hopefully the guys can use that showdown to get ahead of the 'Stros for good.
Posted by Spiff at 10:47 AM