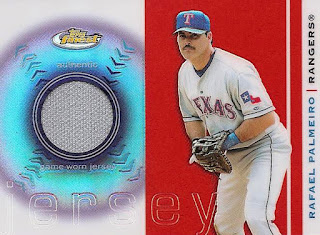 Well, the Rangers won the last two nights. Night before was a tight game that ended in the bottom of the ninth on a Mitch Moreland sacrifice fly. Rangers - 6, Astros - 5.

Last night was the opposite type of game. Martin Perez started for Texas and went seven innings while allowing just one Houston run. Andrew Faulkner came on in relief and stumbled a bit, allowing to Astros to score two more. That was it for Houston as Luke Jackson worked a scoreless ninth for Texas.

While the Rangers pitching staff turned in a respectable game, American League ERA leader Dallas Keuchel took the mound for Houston. I figured it was going to be a long day for Texas batters. It was a long day, but not for the Rangers. They scored six runs off Keuchel in the first inning, one in the third, and two more in the fifth. Dallas left the game after 4.2 innings and nine earned runs. Reliever Michael Feliz finished the game up for Houston and didn't fare much better, five earned runs in the last 3.1 innings of the game. Final: Rangers - 14, Astros - 3.

Of course, there were some big moments for the Rangers bats during the game. Prince Fielder hammered two home runs as he went 3-for-5 with five RBI. Mike Napoli, Rougned Odor, and Bobby Wilson also got in on the fun as they all had one long ball each to bring the Texas home run total to five for the game. Shin-Soo Choo went 3-for-4 with a double and three runs scored to keep his bat hot. Adrian Beltre went 2-for-4 with a RBI and two runs scored. Elvis Andrus also joined in on the fun, going 2-for-5 with a double, a run scored, and a RBI. Most of the rest of the lineup got in on the action as well with Mitch Moreland being the only starter to have an 0-fer night.

The win last night lifts the Rangers to 1.5 games over the Astros in the American League West. It also means that, even if Texas loses the final game of the series tonight, Houston will leave Arlington in second place. Great to see. Of course, a win to start to open the gap would be nice as well.

Unfortunately, I don't have any game-used or autographs of Fielder, Nap, Odor, Wilson, Choo, Beltre, Andrus, or Perez. Since the whole scoring deluge put me in mind of some former Rangers teams and sluggers, I decided to post the 2003 Topps Finest Relics #FRJ-RP card shown above as a substitute. Rafael Palmeiro is one of those guys you expected to see involved in a night like last night.
Posted by Spiff at 10:42 AM