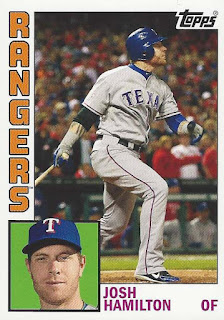 Well, the Rangers pitchers and catchers have been in Spring Training for less than a week. Position players are not due to report until Monday and the updates are already starting.

On Sunday the Rangers added former Kansas City Royal Jeremy Guthrie to the starting rotation competition with a minor league deal. He had his first workout with the club the that day. Also throwing in the same bullpen session was Nick Tepesch. Both are in the hunt for the fifth starter spot.

Another pitcher making some practice tosses was Yu Darvish. He threw off a half mound without difficulty. That's good news on the recovery road from Tommy John surgery.

Tanner Scheppers is not throwing. He's back in Texas to have surgery on his left knee to repair torn cartilage. That'll put him out until at least the All-Star break.

Adrian Beltre is in camp early and healthy. He's also very open to a contract extension and would like to stay in Texas past 2016. His agent, and the Rangers, will continue discussions as Spring Training moves on. Hopefully they will be able to work out a deal before Opening Day and remove the contract drama from the season.

Also in camp, but not quite as healthy, is left fielder Josh Hamilton. Hamilton, shown here on 2012 Topps Archive card 190, is still dealing with pain in his left knee. The knee had cleanup surgery during the off-season but the soreness has persisted. Right now the prognosis is that further surgery won't do any good - there's nothing left to do - and it's just a matter of getting the inflamation to settle down. Josh will be getting a second opinion on Monday though and the left field situation is still up in the air. If Hamilton doesn't answer the bell James Jones, Ryan Rua, Justin Ruggiano, and Joey Gallo could find themselves in the running. Prospects Lewis Brinson and Nomar Mazara might also be in the mix.

Playing Hamilton at designated hitter regularly might not be an option for the Rangers. Prince Fielder is also in camp early and ready to build on last year's comeback season. He says his neck is no longer a concern and he hopes to have more stamina than he did last season. He's also thinking he'll be playing mostly DH in order to get Mitch Moreland into the lineup at first base.

So far, with the exception of Hamilton's and Schepper's knees, the news out of Surprise has been good. Hopefully the team can continue get the rust off and get things worked out with no further injuries or other major issues.
Posted by Spiff at 10:30 AM