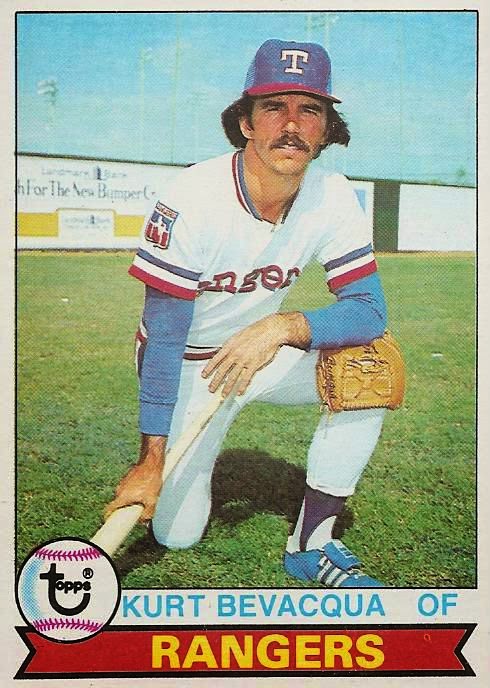 I have no idea where Topps got the outfield designation for Kurt Bevacqua on card 44 of the 1979 Topps set. Bevacqua played some outfield for the Rangers in 1977 but none in 1978. He served mostly as a utility player and pinch-hitter.

Another example of the late seventies Texas roster upheaval, Kurt was no longer a Ranger by the time this card was issued. After watching his bat dry up in 1978, the Rangers decided Bevacqua could be moved if needed. With the club trying everything to get re-tooled for another run in 1979 it seemed like there was a need to move everyone.

On October 25, 1978 the Rangers sent Bevacqua, Mike Hargrove, and Bill Fahey to the San Diego Padres in exchange for Oscar Gamble, Dave Roberts, and $300,000. The trade worked out well for Bevacqua, he would make his only post-season appearance with the Padres in 1984.
Posted by Spiff at 10:58 AM