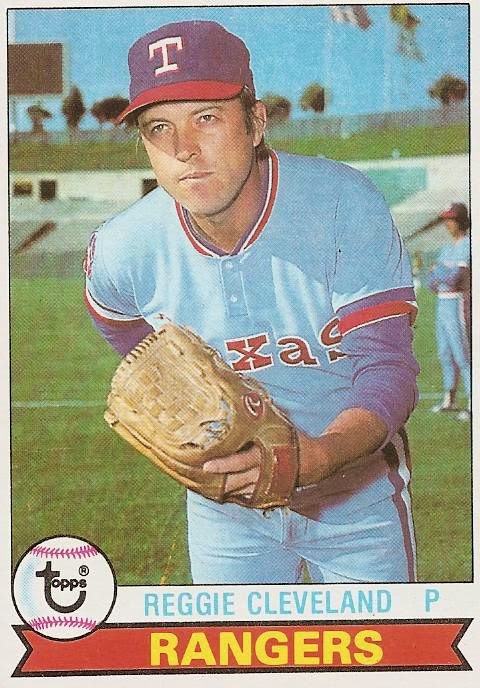 In a continuance of the trend, Reggie Cleveland was no longer a Texas Ranger by the time card 209 of the 1979 Topps set was issued. Seems like that's been the case for most of the cards from the 1979 Topps set I've posted to this point.

The Rangers purchased Cleveland's contract from the Red Sox on April 18, 1978. Strictly a reliever, Reggie would appear in 53 games for Texas over the course of the season.

Cleveland managed a 3.09 ERA and an 1.163 WHIP over 75.2 innings pitched. Serving as the club's de facto closer, he picked up 12 saves and ended the season with a 5-7 record. He also struck out 46 opposing batters while walking just 23.

Reggie's numbers hadn't been bad for a middle innings reliever but they weren't particularly impressive for the back end of the pen. Texas decided to go another direction in the late innings and that meant Cleveland heading in another direction as well. On December 15, 1978 the Rangers traded Reggie Cleveland to the Milwaukee Brewers for Ed Farmer, Gary Holle, and some cash. Cleveland would stay with the Brewers until his release in February of 1982 ended his Major League career.
Posted by Spiff at 10:22 AM