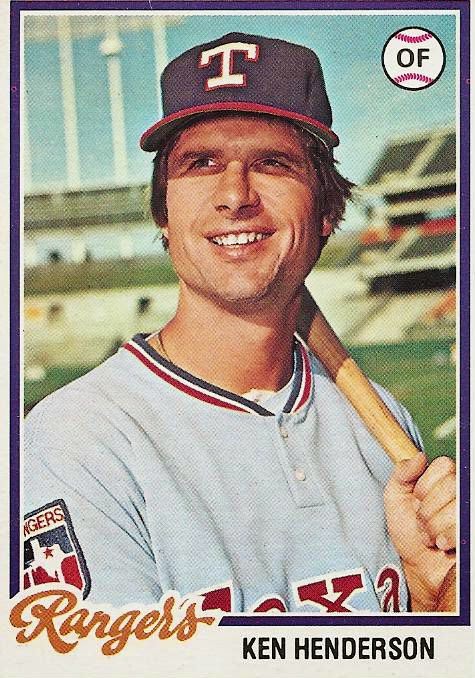 By the time Ken Henderson appeared on the front of his 1978 Topps card #612 he was no longer a Texas Ranger.

Primarily a rightfielder, Henderson arrived in Texas as part of the Jeff Burroughs trade on December 9, 1976. Ken lost large chunks of the 1977 season to injury. He missed three weeks in May with a pulled hamstring and then five weeks later in the season with bruised ribs. Those injuries managed to bring his total number of games for the season down to just 75. Henderson also saw dips in all of his offensive numbers.

On March 28, 1978 the Rangers sent Ken to the New York Mets to complete a trade made on December 8, 1977. Tom Grieve and a player to be named later went to the Mets in that trade. Henderson was named later. The Rangers also sent Tommy Boggs, Adrian Devine, and Eddie Miller to the Braves; and Bert Blyleven to the Pirates as part of the trade. Texas got Nelson Norman, Al Oliver, and Jon Matlack in return.

Ken Henderson's time as a Texas Ranger was finished after just one year and there wasn't much to stand out in that year. Perhaps Ken's most notable role on the team was the part he played in the Randle incident in Spring Training.
Posted by Spiff at 12:47 PM