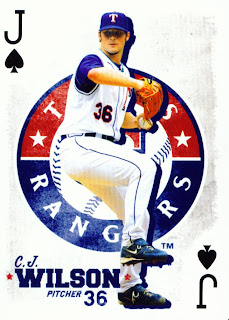 Well, the past day or so has certainly been huge in the American League West. The Angels broke the bank open and signed both Albert Pujols and C.J. Wilson to long term deals. Texas had told Wilson they were interested but had never tendered him an offer due to the long-term offers that the Angels and Marlins were shooting his way.

The question becomes, do these moves change the balance of power in the division? I think the answer is, it's hard to say.

The Halos addition of Pujols is a definite plus for them. There is always the possibility that the ten year, no trade contract could become a weight on their payroll but if any player can pull this one off it would be Albert Pujols.

The signing of C.J. Wilson is a little more murky. Wilson has pitched pretty well for Texas as a starter over the past two seasons. In the two seasons combined he has posted a 3.14 ERA, a 1.215 WHIP, and a 31-15 record.

Those aren't bad numbers at all but there are a few things to consider in light of the five year deal that the Angels just gave Wilson. First and foremost, his age. Wilson is 31 right now. That puts him at 36 by the end of the contract. Pitchers not named Nolan Ryan tend to start to slow down in their 30's.

The second item is his workload. Wilson has made a total of 73 starts in the Major Leagues in seven seasons. All but six came in the last two seasons. He has pitched a total of 708 innings in his career. 427.1 of those were in the past two years. Compared to the early years of his career Wilson has been under quite the workload the past two seasons. There is always the possibility that after five years of a lighter load, the increased work could catch up with him at some point. It might not but if it does it will be sooner rather than later.

The third point to consider is Wilson's performance in big games. Mainly that he doesn't. If he had the Rangers probably would be the World Champions right now. That's because they would have had the home field advantage and played games six and seven at home had C.J. not lost the All-Star game. He also stumbled badly in the 2010 and 2011 post seasons.

Back to the original question. Do these signings shift the balance of power in the A.L. West? I think that the answer is, possibly. Pujols is huge and is a veteran. He'll adjust and be the threat that he was in the National League. Barring injury he will be a major weapon for the Angels for the foreseeable future. Wilson is more of a question mark. While he has an engaging personality I can't help but doubt that he will be a force for more than a season or two at most. I think it's very possible that Anaheim will regret his contract. For the same reason I doubt that his departure will be a long term setback for the Rangers.
Posted by Spiff at 5:53 PM

I think the power shifts to LA. CJ doesn't have to be the number one guy and Pujols can play DH later to conserve his legs. I do hope the contracts come back to bite the Angels. Of course, you know I'm biased.