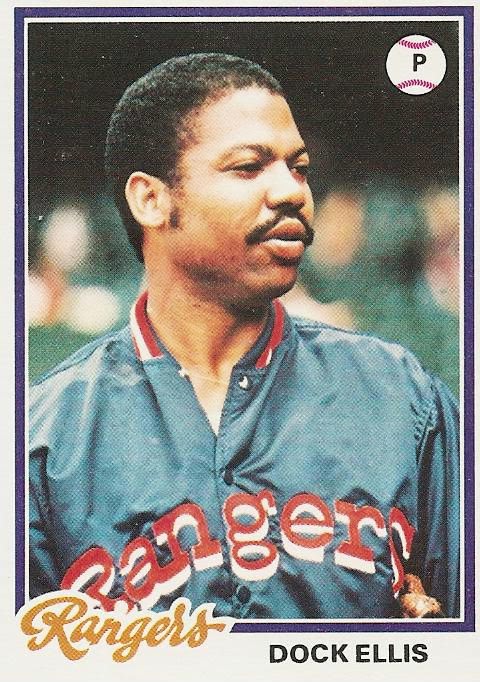 The 1978 season turned out to be a mixed bag for Dock. He made 22 starts and ended the season with a 9-7 record. In the course of 141.1 innings pitched Ellis compiled a 4.20 ERA and a 1.252 WHIP. The fact that he walked one more batter than he struck out indicated he was having control issues.

On the face of it, 1978 looked bad for Ellis. He had the fewest innings pitched and the highest ERA of any Rangers starter. It didn't start out that way. Up through the end of June he had a 7-3 record and things seemed to be going well. However, he struggled the last half of the season and lost a month due to a groin injury. After coming back in late August he wasn't the pitcher he appeared to be earlier in the season.

If Dock could have stayed healthy and on track through the whole 1978 season his numbers might have looked much better than they ended up being. The Rangers certainly hoped for a healthy Dock Ellis to help bolster the rotation in 1979. If he wanted to stay in Texas for any length of time Ellis needed to stay healthy and address the control issues that cropped up in 1978.
Posted by Spiff at 11:31 AM

Dock's heavy use of drugs probably didn't help his pitching performance. You can only throw so many no-hitters while on PCP.