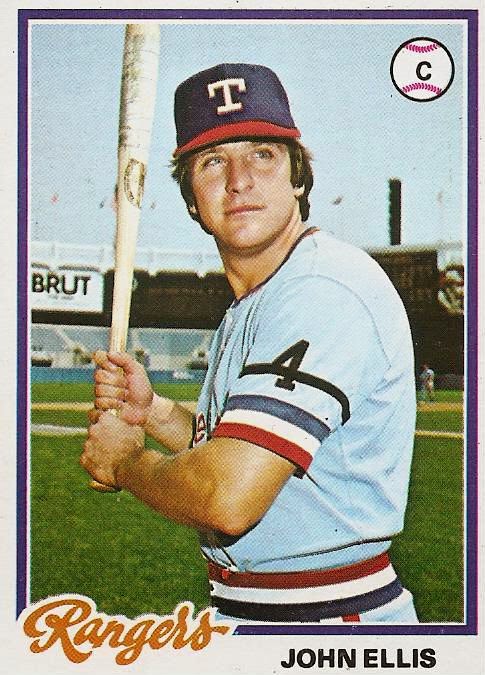 By 1978 John Ellis, shown here on card 438 of the 1978 Topps set, was firmly ensconced as the backup to starting catcher Jim Sundberg. He was also still working on fully coming back from the devastating injury he suffered in 1976.

In 1978 John played in 22 games as catcher and seven as the team's designated hitter. He started 17 games behind the plate with the remainder of his appearances coming in replacement situations after Sundberg had been lifted.

Obviously, John Ellis' days of having a shot at a regular starting gig were past. The presence of Jim Sundberg and Ellis' own decreased mobility as a result of his past injury both conspired to keep him on the bench. What he needed to do was make the most of the situation for as long as possible.
Posted by Spiff at 10:41 AM