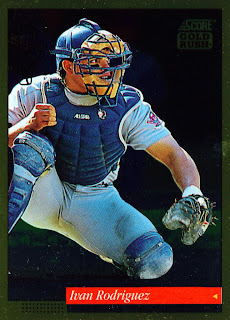 Ok, so I was out of town this past weekend and didn't get any posts scheduled to go up while I was gone. Time to do some catching up.

On Friday the Rangers kicked off a three game set in Seattle. The first game didn't go well as Texas lost 4-0. Former Ranger prospect Blake Beavan held the Texas offense scoreless through eight innings. C.J. Wilson had an uncharacteristically rough night as he gave up four runs in his seventh loss of the season. It was an indicator of how the night went that only one of the runs was earned. Fortunately for the Rangers their former teammate Tommy Hunter tossed a loss at the Angels. That meant the Rangers divisional lead did not shrink below 3.5 games.

Saturday was Colby Lewis' turn to start. He stumbled badly as he gave up six runs in 5.2 innings. The offense and bullpen rode to the rescue though as the Rangers pulled out a 7-6 win over Seattle. Anaheim lost that night so Texas pushed their divisional lead to 4.5 games.

Last night was all Matt Harrison. For the third time in four career matchups he out dueled Felix Hernandez to get the win. Harrison lasted 6.2 innings and allowed no Mariner runs to pick up his 13th win on the season. In spite of Ian Kinsler's overturned home run Texas was able to plate three runs against the M's. That's all they needed to come out on top 3-0. Anaheim also won so the divisional lead stays at 4.5.

The Rangers are off tonight - their last off day of the regular season. Tomorrow they start a visit the A's in Oakland. Oakland is where the team clinched last year. With the magic number at six a repeat of that is unlikely but it would be nice to see happen again.
Posted by Spiff at 2:29 PM