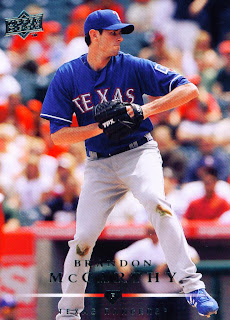 Sorry about the lack of a post yesterday. Got called back into work and then had company so the time just evaporated. Between yesterday's and today's games the Rangers kept the back and forth going. Would be real nice to see a solid win streak about now.

I must admit that I had misgivings about today's game, what with Alexi Ogando starting. Alexi had a great first half but seems to have hit a wall as of late. Today was no different. The A's scored five runs in five innings off Ogando in route to a 8-7 win. About the only positive was that Texas never led and was actually down 8-3 before fighting back to within a run. They're going to need that never say die attitude to stay ahead of the Angels on the last sprint to the finish line. Could be a dangerously close sprint.
Posted by Spiff at 8:56 PM